In this island nation famous for its festivals, Easter stands out.

Welcome to Haiti, and its one of a kind rara Easter!

Since Haiti is predominantly Catholic, you will see a lot of activity in churches in the lead up to Easter, some even organizing and leading marches through their parishes: some in Pétion-Ville, some in Lalue, some in Thomassin. For the devout, it’s a period of the year which never goes by without celebration.

If you pay close attention, though, you will notice there is another form of celebration going on – and it’s not a Catholic one. 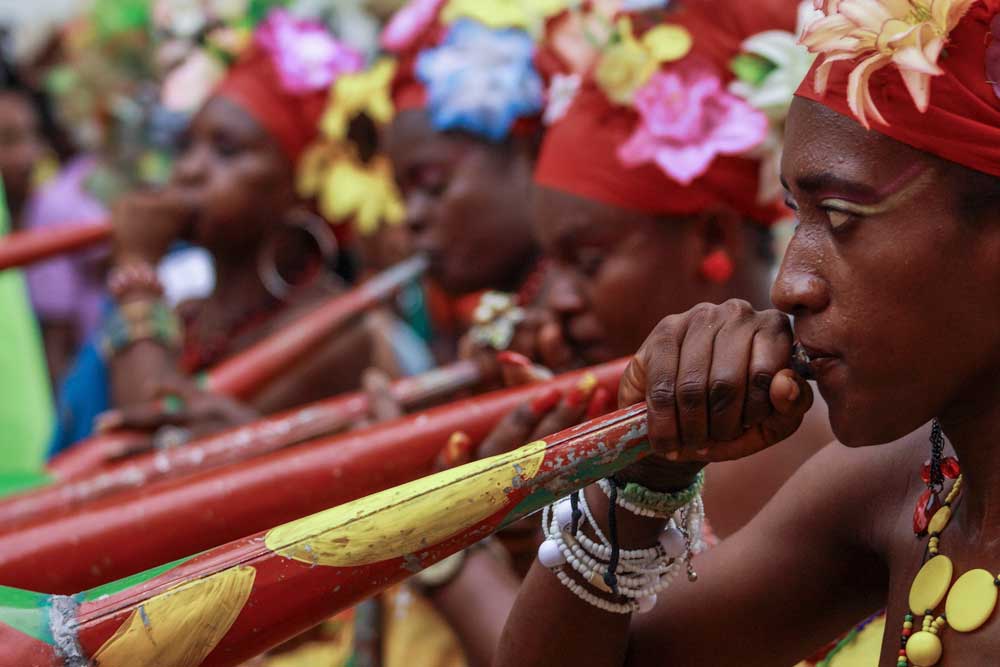 In colonial times, from the moment they were unloaded from trade ships onto the island, slaves had to fight for everything: their survival, their freedom, and their culture. Because the first two were a harder, more substantial battle for them to win, they had to fight it every day until independence was won.

The cultures and languages they brought with them across the seas were viciously oppressed, and holding onto these was hard for people already fighting for survival and freedom. Slave masters were intent on ridding slaves of any thought, idea, or behavior that might make them think they were human.

When the Spanish colonised the island, they brought the Catholic calendar with them, and it remained standard on the island. The slave class found a way to keep their spiritual beliefs and practices alive by realigning their own traditions to match the timing of Catholic ones.

All throughout lent, slaves convened, but not to decide what they would give up. They convened in order to take something back - the musical traditions from their homelands, which they couldn’t normally risk under the watchful eye of the slave masters. During lent, musicians gathered and made music together, adapting customary instruments, traditions and narratives to their new life. Late at night, meeting in secluded locations, they found ways to celebrate their culture in all of its bright, bold loudness. Vodou was often a part of this celebration. Joining music and vodou together, a renewed and newly unified culture and religion arose.

This was the birth of rara, and the tradition is still alive and well in modern-day Haiti, and takes to the streets more boldly than ever before.

How to experience rara Easter

If you are staying in Haiti around Easter, rara band performances usually begin around Ash Wednesday and end with a bang on Easter Sunday. The artist lineup is never publicly announced, but you can catch them playing, dancing, laughing, and running through the streets of Port-au-Prince, Cap-Haïtien, Jacmel, Jérémie and more.

The sound of a rara band is unmistakable. A driven rhythm of drums, layered underneath a melody played on a couple of vaksin, a trumpet conventionally made from hollowed bamboo, but more often made of metal. You will hear the fast-paced scratching of the graj, against the loud, steady voices of people singing, stomping and dancing down the street.

As Martin Mull once put it, writing about music is like dancing about architecture. The spirit of rara is impossible to capture in words, so you’ll just have to come and see for yourself.

Long-weekend or short break? Looking for a quick getaway or an island escape? We’ve rounded up the best destinations for you to kick your feet up, relax, and enjoy the best Haiti’s coasts have to offer!
Read more