Haiti has a bright and vivid culture, and there is no place where it is reflected more boldly than in Haitian cuisine.

One of the best ways to get to know a country is through local cuisine. You'll find out who cooks, what they like, where they came from, and what they value the most in their day-to-day life.

Port-au-Prince offers incredible culinary diversity. While signature Haitian dishes have variations throughout the country, the convergence of people from every city means you can find (almost) everything in Port-au-Prince.

The capital city’s culinary richness is built on a whole island worth of food culture, and most of the dishes you sample in Port-au-Prince feature ingredients grown right here in Haiti. 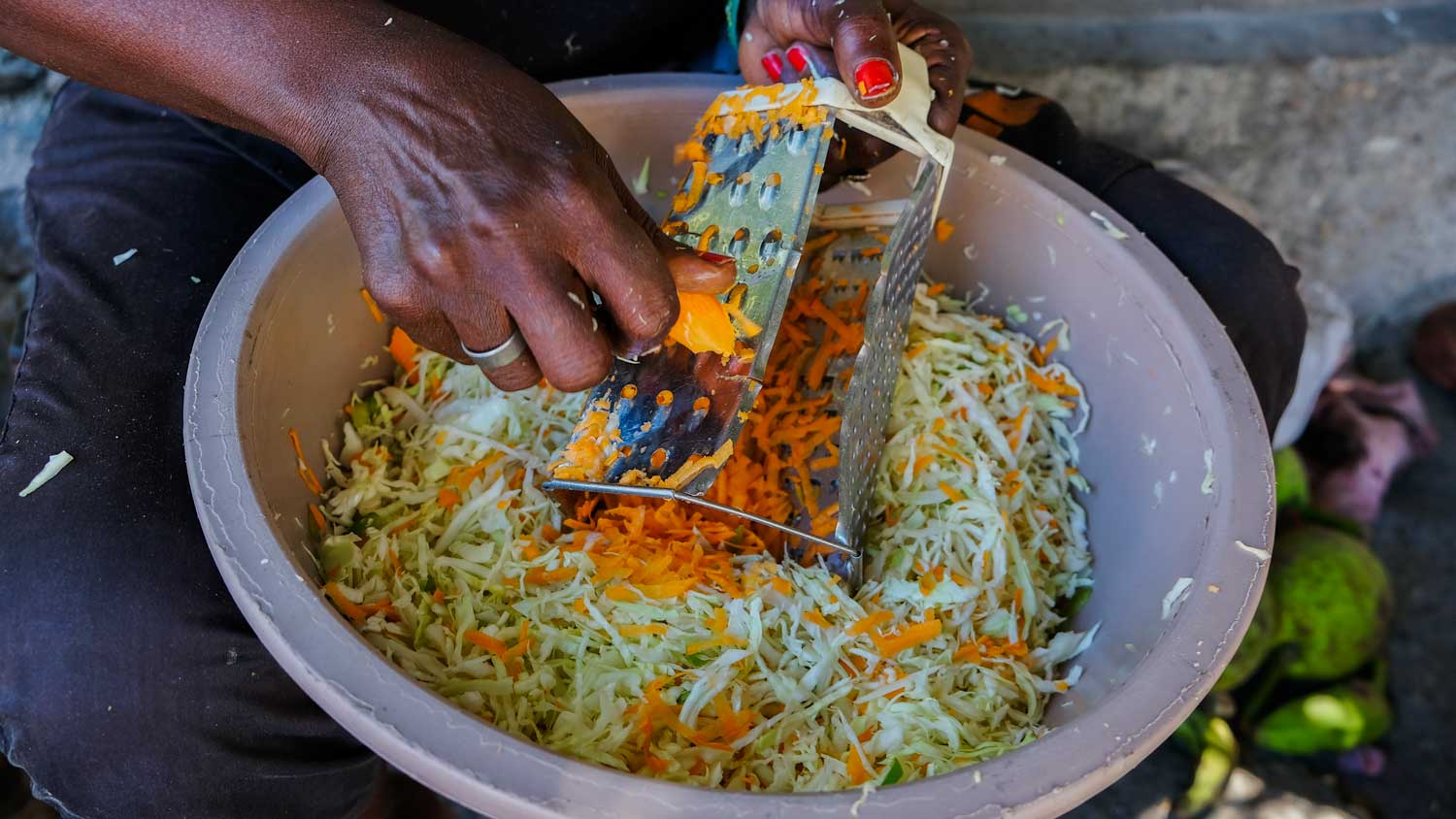 There is no pikliz quite like the one made with local onions from the south of the country; ti joslin tomatoes, grown right here in Haiti, bring a special kind of sweetness to a salad; and is a plate of diri kole really complete without fresh watercress from the mountains of Fermathe?

While brand-name foods are imported to the island, the variety of local food is quite impressive. Haitians plant, grow, and eat a huge variety of produce!

The best way to get acquainted with the wide range of flavors available in the Haitian pantry is to check out your local farmer’s market. 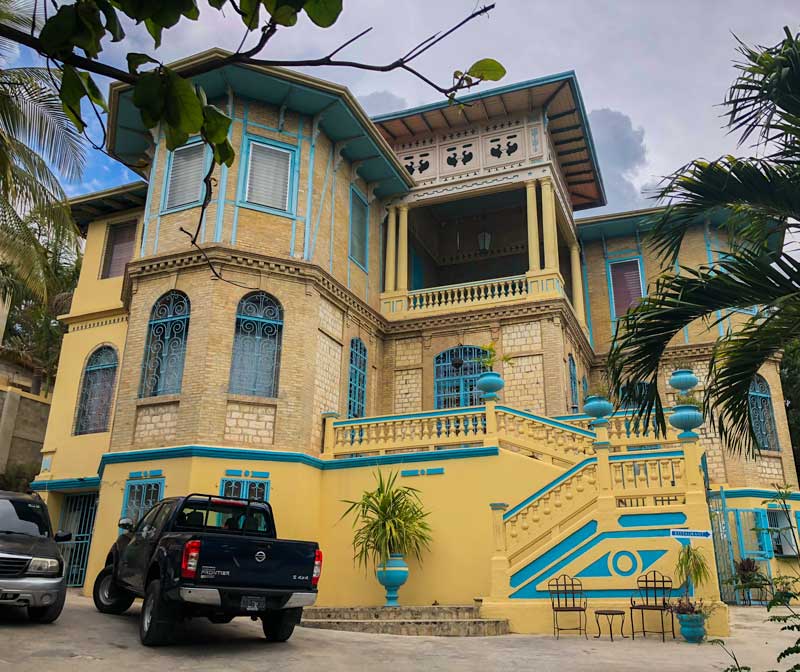 Where to find Haitian cuisine

Looking for a true introduction to Haitian cuisine? Port-au-Prince houses the best names in the business, such as La Coquille, La Réserve, and Presse Café in Pétion-Ville, Gingerbread in Pacot, or La Plaza in downtown Port-au-Prince. These restaurants are great places to sample typical Haitian cuisine. For a special treat, Le Florville in Kenscoff has a popular Sunday brunch. It’s a great way to enjoy a relaxed Haitian dining experience.

For some of Haiti’s famous seafood, head to Océane and Coin des Artistes in Pétion-Ville. Their produce is almost entirely locally sourced, and it’s great to know you’re supporting local fishermen. Coin des Artistes hosts live music performances throughout the week, and the home-grown beats are a great accompaniment to their delicious dishes! 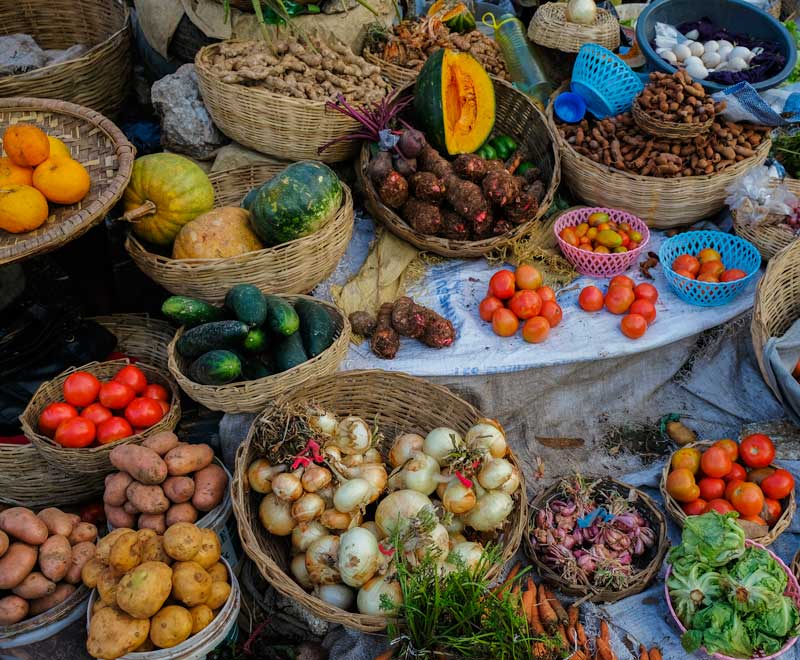 Fresh produce at market in Fermathe

Carrots, onions, tomatoes, eggplants, chayotes – more commonly known here as militon –, and any and all beans under the Haitian sun are readily available country-wide, and depending on when you’re here, there’s usually a bounty of fruit and veg in season. Iceberg lettuce is the most widely available lettuce in Haiti, from farmers’ markets to supermarkets; green leaf lettuce is more widely available in supermarkets, as it is grown in greenhouses in the hills of Fermathe.

If you have more of a sweet tooth, you’ll be thrilled to find out that Haiti delivers here as well! Haitian bananas are a breakfast staple, and one of the sweetest in the entire Caribbean – they come in two varieties: the normal, standard banana and a smaller, finger-sized variety called ti malis. Citrus fruits are also a big part of Haitian cuisine – everything from passionfruit to green limes can be turned into a juice or a scrumptious dessert. Sweet potatoes find their way into desserts such as pen patat, and cashews from the city of Cap-Haïtien are turned into delicious candied bars, known as tablèt nwa.

If you would like to see and taste for yourself, Port-au-Prince is chock-full of offerings for everything you could crave! 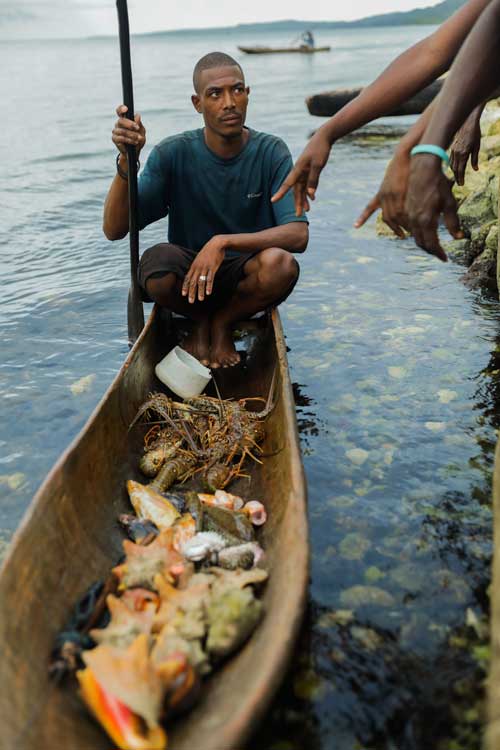 Even in the Caribbean, though, produce does go in and out of season. So where do restaurants turn when a key ingredient can’t be sourced locally?

Supermarkets are stocked with preserves and brand-name items from around the island and around the world. When oranges aren’t in season in Haiti, you’ll still find freshly squeezed OJ – it just carries a different passport. If a dessert features a specialty fruit or vegetable, it’s imported, as are several staples. For example, finding lemons grown in Haiti can prove difficult, but you’ll find lemons, milk, olive oil and black pepper in the supermarket.

This doesn’t make Haiti’s dining options – whether fine or homely – any less authentic. On the contrary, it is a colorful illustration of how most people, things, and places in Haiti come together: from many places, to form one, beautiful display, laced with history.

The restaurants and ingredients listed above are just the beginning. Why not venture out to other spots in your neighborhood in Haiti – a true gem may be right around the corner!

Top things to see in Haiti